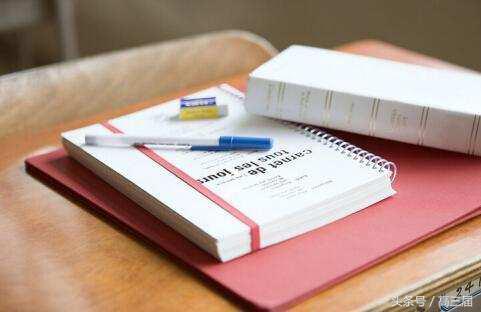 Form all what I have said, I agree to the thought that ⑥-----(我对文章所讨论主题的看法)．

Through the above analysis, I believe that the positive aspects overweigh the negative ones. Therefore, I would like to ---------------(我的看法)．

(From the comparison between these positive and negative effects of A, we should take it reasonably and do it according to the circumstances we are in. Only by this way, ---------------(对前景的预测)．)

There is a widespread concern over the issue that __作文题目. But it is well known that the opinion concerning this hot topic varies from person to person. A majority of people think that--------观点一. In their views there are 2 factors contributing to this attitude as follows: in the first place, ------原因一. Furthermore, in the second place, ------原因二. So it goes without saying that------观点一.

Nowadays, there is a widespread concern over (the issue that)___作文题目______. In fact, there are both advantages and disadvantages in __题目议题_____. Generally speaking, it is widely believed there are several positive aspects as follows. Firstly, ___优点一. And secondly 优点二.

To sum up, we should try to bring the advantages of __讨论议题____ into full play, and reduce the disadvantages to the minimum at the same time. In that case, we will definitely make a better use of the ____讨论议题___.

Currently, there is a widespread concern over (the issue that)__作文题目_______ . It is really an important concern to every one of us. As a result, we must spare no efforts to take some measures to solve this problem.

As we know that there are many steps which can be taken to undo this problem. First of all, __途径一______. In addition, another way contributing to success of the solving problem is ___途径二_____.

It is well know to us that the proverb: " ___谚语 has a profound significance and value not only in our job but also in our study. It means ____谚语的含义______. The saying can be illustrated through a series of examples as follows. ( also theoretically )

With the rapid development of science and technology in China, an increasing number of people come to realize that it is also of practical use to stick to the saying: ____谚语_____. The more we are aware of the significance of this famous saying, the more benefits we will get in our daily study and job.

As far as I am concerned, I hold the point of view that _______. I am sure my opinion is both sound and well-grounded.

4. As the proverb says， 正如谚语所说的，

3. As stated in the previous paragraph， 如前段所述，

4. But the problem is not so simple. Therefore，... 但是问题并非如此简单，所以，……

10. In view of the present station， 鉴于目前形势，

11. As has been mentioned above， 正如上面所提到的，

5. From what has been discussed above, we may safely draw the conclusion that… 通过以上讨论，我们可以得出结论...…

7. It can be concluded from the discussion that... 从讨论中可以得出......的结论

2. let's take the above chart as an example to illustrate this. 让我们用以上图标做例子来阐明这一点。

2. To be frank, I can not agree with their opinion for the reasons below. 坦率地说，我不能同意他们的意见，理由如下。

4. I cannot entirely agree with the idea that… 我无法完全同意这一观点的…...

5. My argument for this view goes as follows. 我对这个问题的看法如下。

9. As far as I am concerned, I completely agree with the former/ the latter. 就我而言，我完全同意前者/后者。

10. Before giving my opinion, I think it is essential to look at the argument of both sides. 在给出我的观点之前，我想有必要看看双方的论据。

1. A is completely / totally / entirely different from B. A和B完全不同。

2. A and B are different in every way / respect / aspect. A和B在每方面都不同。

8. Despite their similarities, A and B are also different. 尽管它们有相似性，但是A和B也是不同的。

10. The most striking difference is that A…, while B….

1. There are several reasons for…, but in general, they come down to three major ones. 对于......有几个原因，但一般地，他们可以归结为三个主要原因。

2. There are many factors that can account for…, but the following are the most typical ones. 有许多因素能够解释......，但以下是最典型的因素。

3. Many ways can contribute to solving this problem, but the following ones may be most effective. 有很多方法可以解决这个问题，但下面的可能是最有效的。

4. Generally, the advantages can be listed as follows. 一般来说，这些优势可以列举如下。

5. The reasons are as follows. 原因如下。

1. Because/Since we read the book, we have learned a lot. 因为我们读过这本书，所以我们学到很多。

2. If we read the book, we will learn a lot. 如果我们读这本书，我们会学到很多。

3. We read the book；as a result / therefore / thus / hence / consequently / for this reason / because of this, we've learned a lot. 我们读了这本书，因此我们学了很多。

4. As a result of /Because of/Due to/Owing to reading the book, we've learned a lot. 由于读了这本书，我们已经学到了很多。

6.Overweight is caused by/due to/because of eating too much. 超重是由于吃得太多。